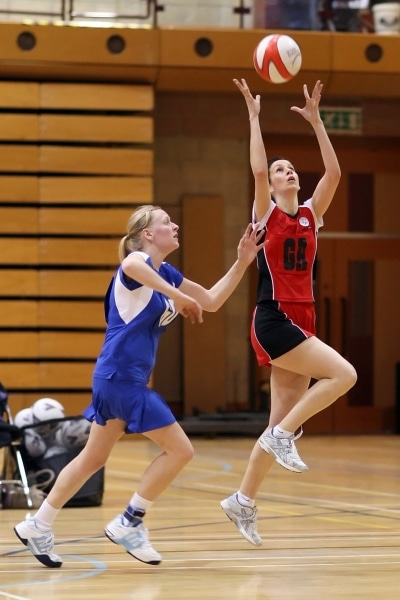 When I was in year 9, I started to notice changes. My mum and dad didn't really talk to each other much any more. There were never any arguments or loud conversations, so when they told me and my twin on a February Thursday afternoon I panicked.

I couldn't believe what I was hearing. My heart felt like it was starting to race, my hands started to shake and everything seemed to slow down, until I started to hyperventilate and cry at the same time. My dad had to calm me down, 3 times for it to stop.

But it didn't stop there, I had to play netball that evening, and I just couldn't do it, I was angry at everyone else whose parents were still together. Why did they deserve it over me?

This anger was massive inside of me for a good 6 months. My panic attacks became more frequent and I didn't feel like I had anyone to talk to. The only thing I had to keep my calm was my sport.

After a while, sprinting out the anger, kicking the football so hard when I scored that goal (my goals that season actually increased by 200%) and netball getting that flying interception! Of course, the panic attacks were still there, but they got better as I taught myself how to control them.

Of course it was hard, seeing my Dad in a flat with one bed. We had to sleep on a floor air bed that was so noisy when you turned. I remember one night where I just didn't sleep at all. And my mum had our newly extended 4 bedroom house with 3 bathrooms and a good sized garden... It was hard that Dad didn't have that.

What was also hard was Dad started dating 4 weeks after the separation... Did it really take him four weeks to get over my mum? (Now I realise no, he just needs to have someone there. He's a softie like that, but his girlfriend then is still his girlfriend now over 2 years later - happy days.)

In July, we went on holiday to the Isle of Wight with my Dad and his girlfriend with her two kids. That's when he officially bought the house because solicitors had to communicate with solicitors at home which was all confusing. But that time is important because I realised, although the splitting was hard, it had actually brought me closer to my Dad. We had similar experiences and we didn't spend a long time with him but it made me closer to him.

My Mum didn't really get into a relationship until about a year after, even though I did keep pestering her. I remember it was about a year because I went to a party a couple of days before the 1st year anniversary of it all. I was upset, so I drank so much of whatever was put in my hand that I threw up about 20 times.

A couple of weeks later I met my Mum's new boyfriend. By that summer, I got on so well with everyone in my family, my Dad's and my Mum's. It has its benefits, two bedrooms, two Christmases, two holidays and two places that you can call home!

At this point in my life, 4 weeks before my GCSEs start, I can truly say I am finally happy and I am so close to both my Mum and my Dad. And the splitting up may have been terrible but it taught me lots of things - who you can trust friendship-wise, the value of money and that happiness can be found with more than one person!