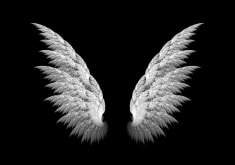 Hi I’m Matilda. Just recently I moved away from my perpetrator dad to my loving and kind mum. We are still waiting for mum to be my main carer.

I was five at the time and my little sister was 3, when Mum and Dad started having small arguments about little things and then grew to massive arguments. During this me and my two siblings either played a game or listened at the bottom of the stairs or the if they were downstairs, we’d listen from upstairs. I don’t remember much about these times but I have a few memories (not nice ones though. Anyway I remember the day Mum told Dad to leave and the day when the police can round.

We had our first Christmas without Dad. And Mum said want do you want to have and we all said “pizza and chips!”.

Soon after Dad left, Mum and Dad had a divorce and went to court for the first time. Turned out that me and my twin had to start school (my sister was too young she had to start later). We joined year 1 at our new school after Easter (I think it was after our 6th birthday). We all ended up at that school. Some time later when we were in year 3 or 4 (again I think so) Mum and Dad went to court and we ended up having to be weighed every so often because Dad said Mum wasn’t feed us properly - she was- and more stuff.

Moving on rather quickly there was a couple more court visits including when we had to go to dads every other weekend and on Tuesday. And then year 5. Near the end of year 5 Mum and Dad went to court and this time dad became our Main carer. That stayed as the arrangements for 2 years.

We joined year 6 then 7 then 8 all this time life was becoming harder to live because Dad pressured you to get back, after playing with your pet rat after school with your twin. We kept saying we would move back at Christmas because we hate life there so much but we didn’t. I think we got to shy and backed out. But then on March 25 I’d had enough of school and then he just happened to pop on text. I just lost the plot completely. And decided to go to dads and drop off my bike after school collect some stuff and go.

I did and my sister joined me. We are applying for child benefit this apparently is gonna take 16 weeks. We are still alive and well so just pray that everything works out ok.